What is waiting for you in the Friday Night Funkin vs. Gold/Lost Silver Mod? Let’s review briefly and play the game you like with different characters.

After GF beats the Hypno, she finds her dwarf Boyfriend in a dark place. And what’s that? A creepy character appears in the dark. It is Gold and he wants a rap battle.

In FNF vs. Gold/Lost Silver Mod, you’ll play in the first-person camera angle, unlike most other FNF Mods. 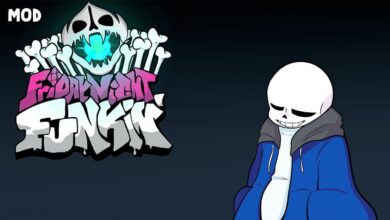