In the story of Cyber Sensation Mod FNF, Taeyai is a programmer who hopes to succeed and writes code that allows the game characters she develops to interact with her world. While testing the code she wrote, a portal opens, and Boyfriend and Girlfriend appear next to Taeyai. She decides to have a rap battle with Boyfriend until she finds out which code works.

Below, you can play the Taeyai Mod FNF online without needing a download. If you don’t want to download both Friday Night Fuınkin and its mods, playing the FNF Mods online could be the best bet for you. 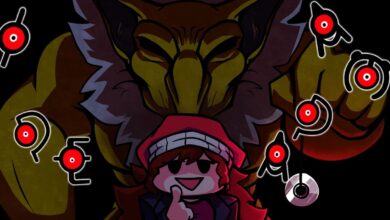